How to get there and what to do!

The name Saint Tropez comes from Torpes, a Roman officer under Nero’s tyrannical sovereign. After being converted to Christianity by Saint Paul, the angry emperor cut his head off in the year 65. His torso was thrown into a rotten boat in Pisa together with a cock and a dog in order to nourish themselves on the saint’s body. The boat washed up on the shores of Saint Tropez, not far from the present sailors cemetery. The body and both the animals were untouched. The red and white colors of former Republic of Genoa became the colors of the Tropezienne flag.

Markable courage of the Tropeziennes to face their enemies, their glorious military, a strong maritime and ship crafting past, as well as the presence of some of the great artists and intellectuals of the early 20th century all led to put the sleepy fishing village of Saint Tropez on the global map of the most glamorous places in the world. The filming of ‘And God Created Woman’ directed by Mr Roger Vadim, featuring a young Ms Brigitte Bardot which was released in 1956 copper fastened the love for the village and ever since then, St Tropez became forever associated with lavish lifestyle and celebrities, with sunshine and extravagance and llazy champagne drinking carried on a mistral breeze.

By the late 1960s and into the 1970s, St Tropez had become the playground of the international super rich. Aristotle Onassis cruised the Riviera with his wife Jackie on his super-yacht Christina O, and her signature can be found in the guestbook of the legendary Hôtel Byblos, along with other stars such as Mick Jagger’s. When millionaire playboy Gunter Sachs was courting Brigitte Bardot following her second divorce, he delivered a shower of rose petals from his helicopter above the actress’s villa. (It worked, they were secretly married few weeks later.)

New generations of rich have since chosen Saint Tropez as there holiday destination. In now legendary institutions such as Club 55 and discothèque Les Caves du Roy you are guaranteed to spot celebrities such as Paris Hilton, Leonardo DiCaprio, Jay-Z or Beyoncé on any summers night. If you want to rub your slightly sunburnt shoulder with theirs at the dance floor, be prepared to bring cash, a lot of it as you are guaranteed to spend it.

How To Get There

There is no direct train to Saint Tropez from Nice, so it requires a little pre-planning. Take a train from the train station in Nice to the town called Saint Raphaël. The journey takes up to one hour and a one way ticket costs around €15. The train schedule can be found on www.sncf.fr website. There is a bus station just behind the train station in Saint Raphaël on Avenue Victor Hugo, find a bus stop for number 7601 leaving regularly to Saint Tropez. The one way trip takes about one and half hour and costs €3 (€5 return ticket). The bus timetables can be found on www.varlib.fr.

Your other option is to take a boat directly from Nice Port.

www.trans-cote-azur.co.uk is a website for all the details of this journey.

Interesting Things To Do When There

Built in 1602 as a part of the Provençal coastal defense to deter the Spanish from invading, the Citadelle dominates the hillside overlooking Saint Tropez to the east. It endures one of the only of this scale left on the coast of Var region. In 2013, the interactive museum of Maritime history opened its door highlighting the precious heritage and history of generations of Tropezian and Provençal  sailors, fishermen and merchant seamen. Through centuries of fishing, trading, traveling and exploring, those seafarers shaped Saint Tropez into the town we know today.

The museum is well designed and contains a huge amount of interesting facts, (information boards are in both French and English language) and well preserved historical artefacts.

If in a need of a break there is a mini “cinema room” with reclining seats on the second floor that screens the footage of a ship in a storm on its ceiling. Whether that sounds relaxing or not, we will leave up to you. The grounds surrounding the Citadelle with exotic peacocks wandering around are splendid, so are 360 degrees views of the bay of Saint Tropez.

Built in 1784 in Italian Baroque style, this church is today one of the most recognizable symbols of the town. The facade was covered with white limestone and the contrast of the ocher and pink bell tower against the blue sky is an unmistakable sign that you really are in Saint Tropez.

The center of the church is dominated by the marble altar with the patron of Saint Tropez on one side and Virgin Mother on the other. Don’t miss out on the statues and wood carvings dating back to 19th century and the beautiful organ at the bottom of the nave.

The bust of Saint Tropez is paraded through the streets annually during the famous Bravades, the most important cultural festival and local favorite. This tradition that is held every year from 16th to 18th of May and pays tribute to the Patron Saint of Saint Tropez. The whole town dresses in red and white and celebrates as any other French city, town or a village – through dancing, singing, eating and drinking.

Set in a beautiful 16th century chapel, the museum that was created in 1922 sits in the port of Saint Tropez and holds one of the most interesting and top range collections of works of Raoul Dufy, Henri Matisse, Georges Seurat, Maurice Denis, André Dunoyer De Segonzac and Paul Signac.

Paul Signac, French neo impressionist, discovered and shaped the history of the little fishing village of Saint Tropez in 1892 as he sailed around the coastline aboard his boat Olympia. Seduced by the place, landscape, colors and light, he bought a house there, La Hune, which he turned into a studio and invited there many famous painters.

The museum raises the fact that Saint Tropez was one of the most active center of pictorial avant-gardism of the early 20th century and the collections on display ranging between 1890 to 1950 surprise as much by their quality as by their homogeneity.

Market days are a way of life across the whole of France since early days. Farmers, craftsmen and shoppers gather together to buy and sell locally grown and made produce, to socialize and even to have a friendly argument. And even in a glamorous place such as Saint Tropez this tradition remains the same and for a very reasonable price.

The Provençal Market is happens in the town every Tuesday and Saturday from 8.00 till about 13.00, so do as locals do and try to head there as early as possible. You will find fresh produce such as vegetable, fruit, cheese, meat and fish around the main square, surrounded by food stalls, cheap clothes, household items, craft and souvenirs for the tourists.

La Grande Braderie de Saint Tropez is an event not to be missed if you are in the area late October. The boutiques and shops set up stalls with clothes and accessories on the streets for several days to sell them off at bargain prices. The atmosphere in the town is festive and friendly, for all the events and exact dates in Saint Tropez check www.sainttropeztourisme.com/en/events/.

Surrounding towns and villages have markets on following days :

Pampelonne is the most famous sandy beach, also the most popular which is exactly the reason why you should avoid it if you are not into big crowds.

Sentier du Littoral makes a fantastic coastal walk. Starting at the pier in St Tropez, under the Tour du Portalet you will find a map with the directions and distances. Starting in an easterly direction you follow the coastal path marked white and yellow towards the Point du Cimetiere. You will walk by many private properties to admire and pass through Baie des Canebiers, Pointe de la Rabiou, Pointe de l’Ay, La Croisette, Cap des Salins, Pointe de Capon, Cap du Pinet.

At the end you will be rewarded by the white sandy beaches just past Cap du Pinet. To get back to the center of St Tropez, follow the road just behind the Tahiti Plage, Route de Tahiti, then Route Belle Isnarde.

Or you could walk all the way to the lighthouse in Ramatuelle in search of even more deserted beaches (over 5 km, around 90min one way).

While in Saint Tropez, you need to pop in to one of the bakeries for its famous Tarte Tropézienne, cream filled brioche. Created in 1955 by Alexandre Micka, a patissier who was looking after the crew of And God created a Woman following a recipe of his Polish grandmother. The pastry was given its name by Brigitte Bardot and Mika’s bakery La Tarte Tropézienne can still be found in the town. 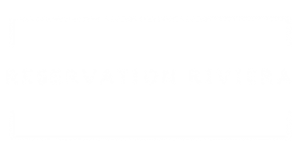