Whilst February on the French Riviera might be relatively low on sunshine, the month brings with it, two major and colourful events, Nice Carnival and Fête du Citron in Menton.

The preparations are well under way for both events which will equally start on the 15th February 2020. The spirit of these annual affairs liven up the streets of Nice and Menton in a giant fiesta of dancing, celebration and extravaganza.

Experience the joyful social gathering of these festivities that have for years preserved the philosophy of fun, entertainment, spontaneous merriment and the appreciation of local heritage.

A Little History of the Nice Carnival 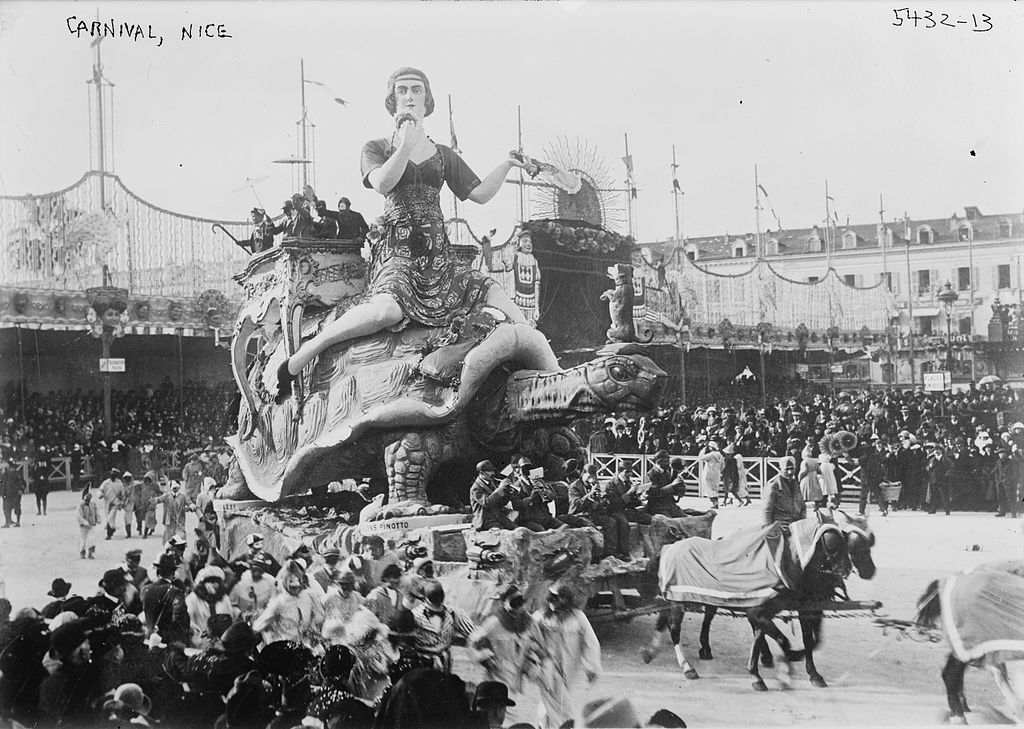 The name carnival originates from the Latin expression ‘Carne vale’ that literally translates as “farewell to meat”. In most countries with carnivals the festivities have traditionally been held before Ash Wednesday when 40 days of the liturgical season ‘Lent’ began and the consumption of meat was traditionally not permitted until Easter. Before Lent began, all rich food and drink were consumed in what became a giant celebration that involved the whole community, and is thought to be the origin of Carnival.

Dating back to the medieval ages, the first written mention of the Nice Carnival is from a 1284 travel report written by Charles of Anjou, count of Provence and King of Sicily describing his time in Nice as ‘joyful days of carnival’.

Until the 19th century, the carnival was just a pagan street party, a way to say farewell to winter, to move from darkness to light, a fertility celebration and the first spring festival of the new year. This was frowned upon by the Catholic Church who tried to have it banned more than just once.

The first time that the carnival was ‘officially’ organised was during a royal visit of Charles Felix, King of Sardinia and Duke of Savoy and Queen Maria Christina of Naples and Sicily. In their honour, 30 carriages with influential local folks dressed in fancy costumes were paraded under the palace balcony. From then on, the tradition of a parade continued even without the royals. The people of Nice made a king and queen out of straw and sat them on the palace balcony to overlook the festivities.

The pioneering official committee responsible for the proper organisation of the carnival was set up in 1873, and on 23rd February 1873, the first Nice Carnival entered the City. In 1876 the flower parade and the battle of flowers were added and this tradition continues ever since then.

Then in 1882 the committee decided that the dummy king should participate in the parade to mark the beginning of the celebration, and to this day, the arrival of the royal float is one of the most important moments of the carnival and the royalty reside on Place Masséna during the whole time of the celebrations.

For years a boat was sent out to the sea from the Prom with a burning king to signal the end of the festivities (later followed by fireworks). These days this tradition is held on Place Masséna, mostly due to security reasons.

The Nice Carnival doesn’t follow the strict rules of Lent anymore. The event happens the second week of February every year which must make the founders of the festival to spin in their graves one might think. 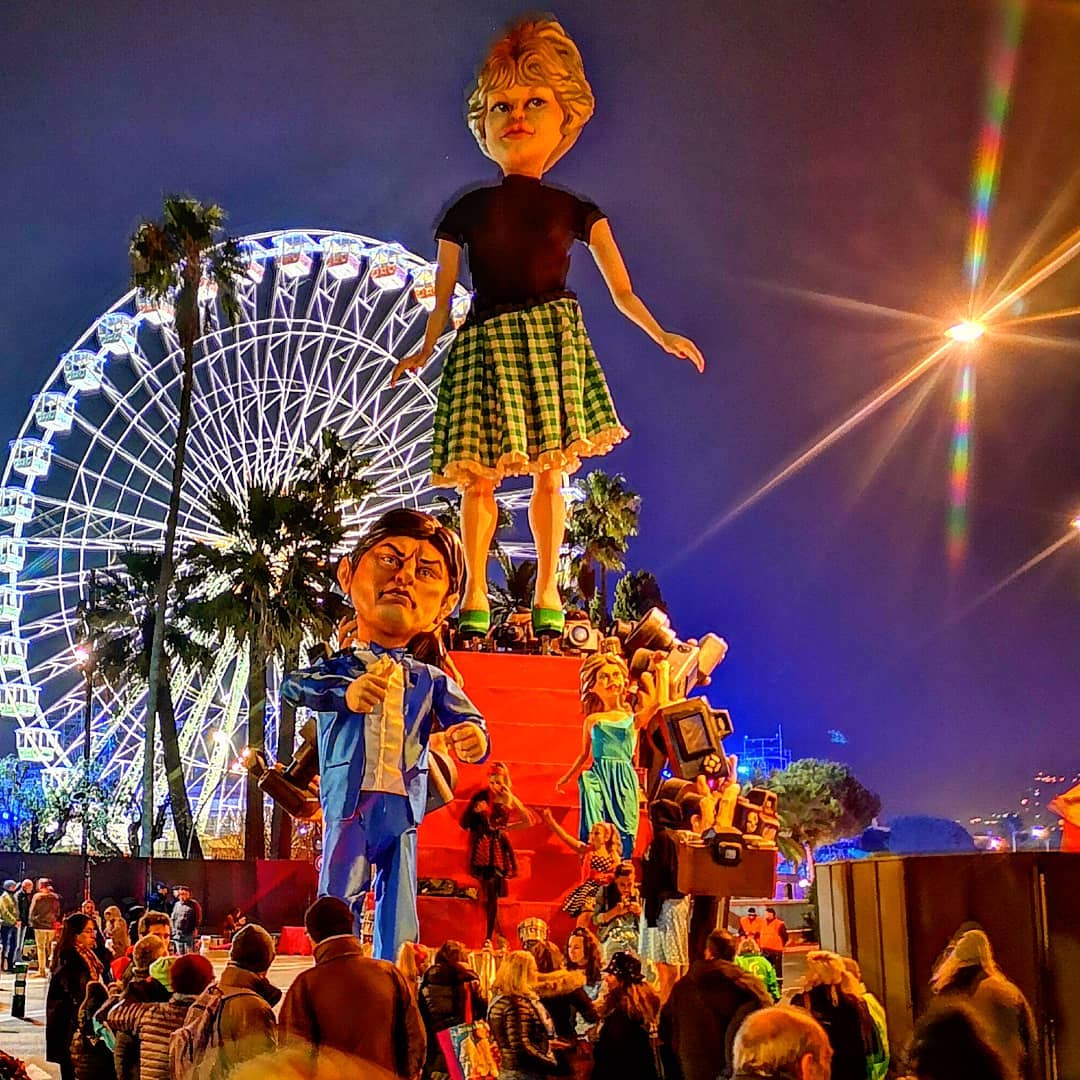 Taking as its theme this year ‘King of Fashion’, Nice will once more fill its streets with locals and people who have flocked here from different parts of France and  abroad to experience a cornucopia of music, colour and fantasy in an intensely festive atmosphere.

It comes as no surprise that this year’s poster honours Karl Lagerfeld, one of the most creative fashion designers of the 20th century, who passed away in February 2019. To this date, not much has been leaked about the upcoming festival, but we can expect “Nice to turn into Paris – the world’s capital of fashion”. There is no shortage of big names in the world of haute couture, so we are expecting the floats will be filled with ‘Big heads’ of crème de la crème of the fashion industry such as Versace, J.P. Gaultier, Valentino, Dior, Chanel…and perhaps ‘The Big Five’ supermodels of the 90’s? Right now we can only guess.

With a budget estimated around €6 million and over 1100 street performers animating the floats, dancers and musicians from all over the world, you can expect ‘défilé’ which has to be experienced to be believed.

18 floats led by the King, Queen and Carnavalon, followed by their court and 150 effigies including ‘Big Heads’ made out of papier mâché. These creations can take up to six months to build and feature generous doses of imagination and infectious good humor. At least 20 tons of confetti is used, so be prepared to find them in the most unexpected places several days after the parade. The floats are accompanied by bands and performers with very original masks, spreading around loads of entertainment, fun and tradition for children and adults alike.

The parade known as Battle of Flowers or ‘Bataille des Fleurs’ was first introduced in 1876 in order to entertain winter visitors and to highlight local horticultural production. 20 floats fully covered in flowers take a part in what are Flower Parades. Flower ladies topping these floats throw more than 3000 flowers to the crowd. Mimosas, gladioli, gerberas, roses, daisies, tulips and more, 85% of these flowers are grown locally and especially for the carnival. A part of you cries, what a waste of these beauties, but it is a tradition and spectators get to bring them home.

It is quieter and a little less ‘claustrophobic’  than the Parade of Lights, however, it still delivers eye-popping spectacle with multi coloured costumes, lots of fun and craziness.

Parada Nissarda, added to the program since 2015, is a carnival parade performed only by local associations with the help of the children from the different quarters of Nice. Genuinely popular part of the Carnival, in line with the origins of the feast in Nissa La Bella.

Route (route is the same for all events)

There are two standing areas, Zone A (Place Masséna) and Zone B (around Jardin Albert Ier) and reserved seats on tribunes.

The reserved seated tickets are obviously the most expensive ones, depending on a show either for €21 or €26.

Children up to 5 years old go for free and between 6-10 years go either for free or €5  for standing ticket depending on the show or for €10 for a seated ticket.

In fairness, the standing ticket, especially the cheapest rate in Zone B, gives you the most of the freedom to move around and an opportunity to find a great spot for taking photos.

You can purchase tickets online here, where you can choose your own seats and print a ticket at home.

Arrive at least half an hour before the beginning of the show as due to the security checks it takes a while to get in and secure a good viewing spot.

Carnival wouldn’t be a carnival without encouraging folks to dress up. Everybody in “full fancy-dress” receives free entrance to the standing area Place Masséna for the Carnival parade (not the flower parade). Bare in mind that a mask or simple hat is not considered as a costume, so you really need to put an effort into your outfit. (Check out the rules here)

All the information about the carnival, a possibility to book your ticket online and heaps of useful information can be found on the official website www.nicecarnaval.com