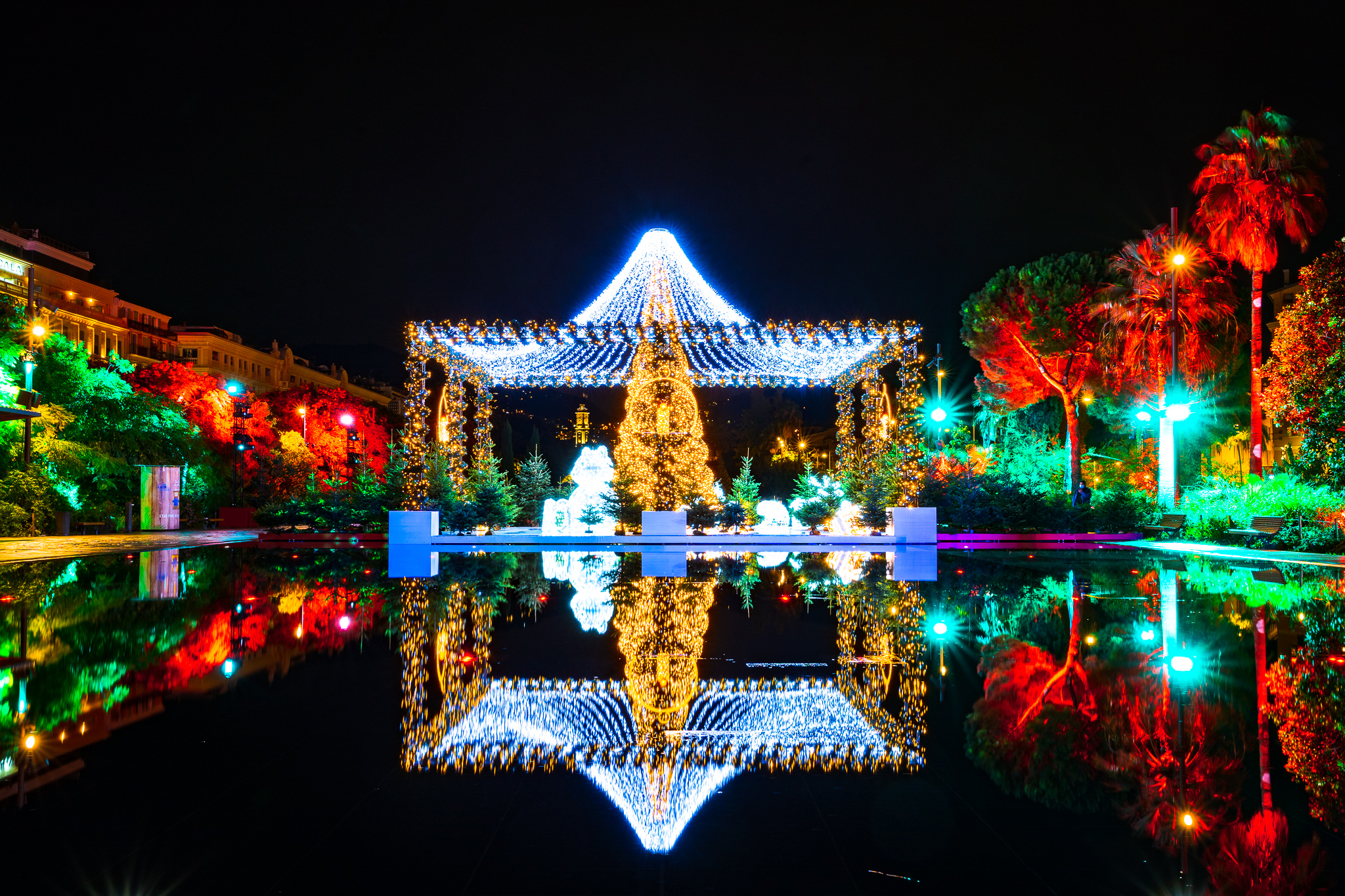 Christmas in France is an important religious but most importantly also a family holiday, and like most countries, there are many French specific Christmas traditions and within France, Provence is no exception. Here we explore some of the more revered customs and traditions to our region, enjoy and Joyeux Noël !

The traditional Christmas in Provence region begins on the 4th of December with the Fête de la Sainte Barbe. On this day, wheat or lentil seeds are soaked and scattered in three saucers lined with damp cotton (the number three is representing the Holy Trinity). The saucers are then set to germinate in sunny windows, or beside a warm fireplace. The grain is diligently watered and carefully looked after for the next 20 days. It symbolises fertility and fraternity and the whole house wants it to grow into healthy bright green wheat or lentil grass just in time for Christmas. The faster and taller the wheat grows the more prosperous the new year will be. For farmers, the good germination means that the harvest will be bountiful. If it doesn’t sprout or is quite modest, better start saving now!

The saucers are then decorated with red ribbons and placed on the table to accompany the Christmas dinner. After the dinner the miniature crops are set below the Christmas tree or in the nativity scene to represent the (hopefully) lush fields surrounding the crib where Jesus was born.

In the New Year, it is a tradition to transfer the seedlings at the four corners of the real field of crops or burn them and sprinkle the ashes into the four corners to assure a good harvest. In other parts of Provence these ashes are kept in the house and thrown into the fire during the storms to protect the household from the lightning. However, if you don’t have a real field, sprouts are most likely to become root-bound but you should still keep them till 2nd of February.

The story of Saint Barbara dates back to the 3rd century. She was the daughter of a Greek pagan who beheaded her for converting to Christianity. He was then killed by lightning as a punishment. Today (though nobody really knows what this has to do with growing wheat), Saint Barbara is the patron saint of miners, artillerymen and anyone who works with explosives.

The 4th of December is also the date when families all over Provence bring out their Christmas cribs. If you come across a traditional crèche provençal, or provençal crib, pay special attention. They don’t consist only of the Holy Family, shepherds and Three Kings. The ordinary peasants and villagers surround the crib set in the typical provençal landscape such as olive trees, vineyards, school, pétanque court, market, boulangerie, bar etc. And you might even spot a shady gipsy character or a Corsican bandit!

The evening of the 24th of December, or Réveillon, is the occasion for the traditional meal known as – Great Supper or Gros Souper which is followed by 13 Desserts.

The first part of the meal is meat free and eaten before Midnight Mass. Seven simple dishes such as fish (shellfish, snails or salt cod) and vegetables (squash gratin, roast artichokes, cauliflower, root vegetables or cabbage) are served all at once, accompanied with seven wines. The number seven is symbolising the seven sorrows of the Virgin Mary or seven wounds of Christ. All the gourmet food is kept for the next day.

A particularly nice part of the tradition is to set an extra place, le couvert du pauvre. As the name suggests, this is either for an unexpected beggar who might knock on your door or for the soul of a dead family member. For the same reason, the leftovers should be left on the table overnight.

The exact types of these desserts can vary, but these three types are traditionally included, mendiants, fruit and local confections.

Mendiants are small chocolate discs studded with nuts and dried fruit. The colour of the ingredients represent the colours of the monastic robes, figs for Franciscans, raisins for Dominicans, almonds for Carmelites and walnuts or hazelnuts for the Augustines.

Two nougats,  white and black (good and evil) are essential components as well.The white nougat consists of hazelnuts, pistachios and pine nuts while black nougat has honey and almonds in it.

Traditionally included is also Pompe à huile, a sweet bread made with flour, olive oil, sugar and orange blossom. It should always be torn apart and never cut with a knife as it brings bad luck for the year ahead.

As for fruit, any fresh and candied fruit can be eaten and the local confections vary from region to region, house to house.

The tradition of Bûche de Noël or Yule Log dates back to medieval times, but back then you wouldn’t dare to eat it.

It was customary in many European countries to bring home a carefully selected log of wood, preferably from a fruit tree such as cherry, chestnut, walnut, olive or pear (except though never from a fig tree, since it is cursed as Judas hung himself on it).

The log had to be cut before sunrise and then decorated with ribbons and carried to the house. Here in the South of France, the tree trunk was blessed by the oldest and then lit by the youngest member of the household. Once lit on Christmas Eve, the log had to slowly burn for as long as possible, at least for three days and three nights.

Depending on the region and beliefs, some families sprinkled the log three times with wine before slipping it into the fire, while others mixed the ashes of the log with wine, honey, salt and  even holy water. These ashes were believed to have the power to turn away any harm or disease, to protect against storms and to ensure a good harvest (if dusted into fields). Some even deposited a little ash in the coffin of a dead family member to bring good luck in the after life.

Little by little open fireplaces with hearths were replaced by wood burning stoves, so a ritual of burning a large trunk of wood became an issue.

It is not certain when the tradition of the Bûche de Noël as a dessert was born. It is believed that a Parisian chocolatier created the first one in 1834 but its invention is also attributed to a pastry chef from Lyon just a few years later.

Today, the yules are usually made of a sponge cake covered with praline, chocolate, coffee, chestnut or vanilla  buttercream and then rolled into the shape of a log. Finally it is covered with more buttercream, icing or chocolate ganache and decorated with Christmas themed edible decorations and sprinkled with powdered sugar to resemble the snow.