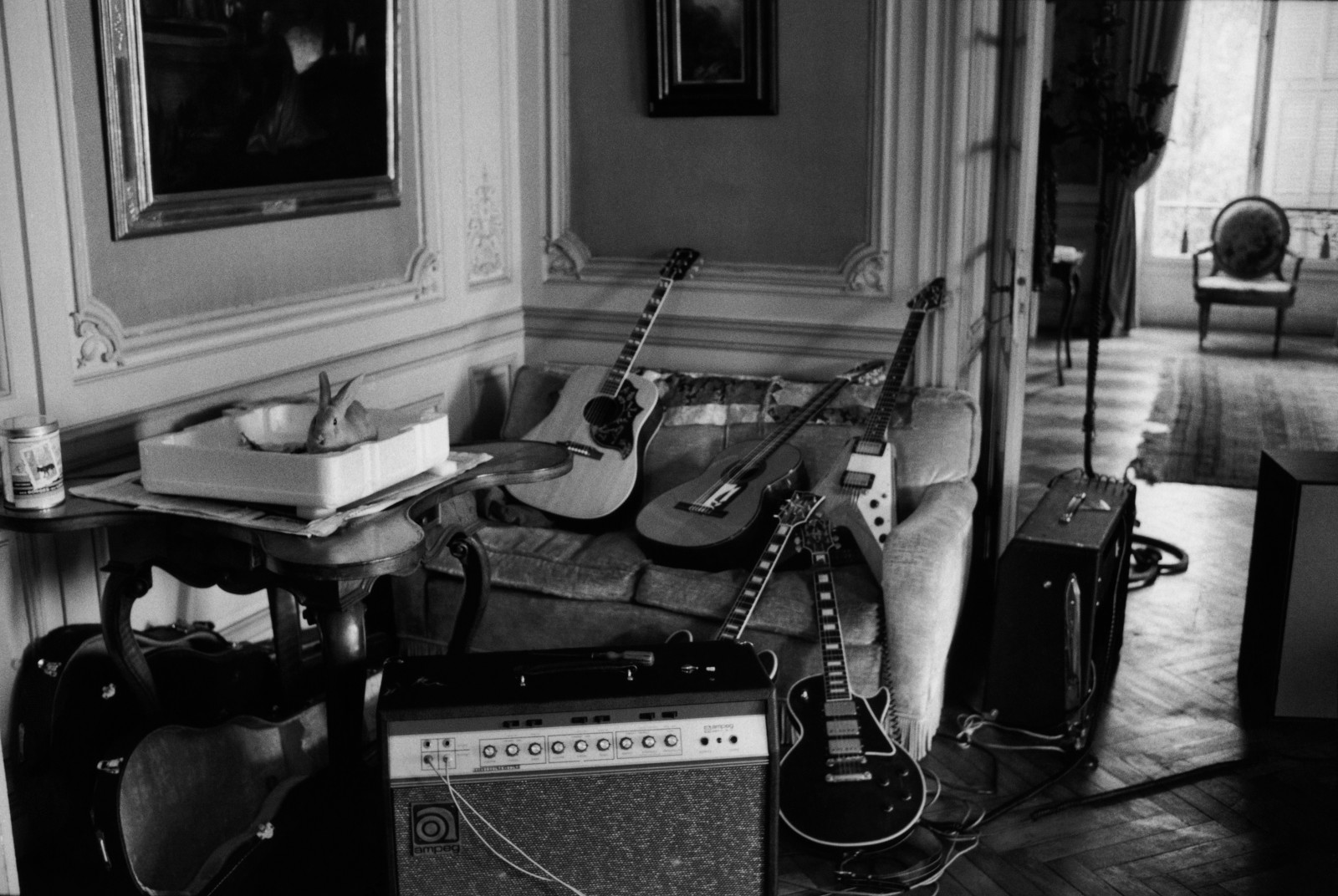 Posted at 06:48h in Music, Scandals of the French Riviera by Alexandra Krajanova
0 Likes
Share

The summer of 1971 in Villefranche-sur-Mer will be forever remembered as the summer of the most scandalous and most drugged up “house party” ever. Trouble in paradise starring the rock and roll rebel angels – The Rolling Stones.

In the spring of 1971, the band was going through massive financial difficulties. Thanks to the catastrophic relationship with their manager Alan Klein, each band member owed over £100,000 in back taxes. The British government, that introduced 93 % tax on high earners, was threatening to confiscate the band’s funds if they did not leave the country. The band’s resourceful financial advisor Prince Rupert Loewenstein came up with a plan and The Rolling Stones went into tax exile in the South of France. Why France? The tax laws were more hospitable and it was not that far from the UK.

The band scattered throughout France on April 1st, the beginning of the British tax year. Keith Richards, the notorious guitarist of The Rolling Stones,decided to rent Villa Nellcôte, a 16 room Belle Epoque mansion in Villefranche sur Mer, for  £2,500 a month. The other members had also rented or bought houses in the South of France, Bill Wyman in Mougins, Mick Taylor in Grasse, Mick Jagger in Biot and Charlie Watts, who hated Côte d’Azur, rented a farm six hours away, in Cévenns.

Villa Nellcôte became The Stones’ hub for various reasons…drugs, sex and, rock and roll…and the infamous basement of the villa. Using their mobile recording truck they decided to record their double album ‘Exile on Main St’ in the windowless, dark, murky and dusty makeshift studio in the basement of the villa. The basement divided into several small rooms had barely air to breath, yet the band moved amps and drums from one room to another in search of interesting sounds. The electricity that was needed for the recording studio greatly exceeded what was supplied for domestic use, so the band’s sound engineers and technicians illegally tapped into the power lines of the French railway system on the other side of the road.

Then there was the dark history of the house…in the 1940’s the Nazi gestapo used Villa Nellcôte as its headquarters and the heating vents on the floor were still decorated with golden swastikas. Keith was fascinated by the sinister history of the villa, apparently a good enough reason for renting it. When Mick Jagger married Nicaraguan born model Bianca in small hillside chapel Saint Tropez in May of ‘71, Richard apparently turned up in full Nazi SS uniform. The story doesn’t specify whether he found the uniform at Nellcôte. None of The Stones were invited to the wedding except of Richard.

It did not take too long for Richard and his entourage to make it home. The house filled with art, beautiful mirrors, chandeliers, marble columns, French doors and angel carvings as well as the terrace with wide marble steps leading to the small stony beach, all surrounded by large palm trees and woodland gave the crew a private hideaway from the public eye and … French police. They needed this seclusion as that as they were on the local police radars for the frequent suspicious visitors, such as Corsican drug dealers from Marseille supplying the house with cocaine and heroin. Richard was at that stage joined by his partner Anita Pallenberg (freshly out of rehab) and their child Marlon. They were both known for their heroin addiction. Anita was an ex girlfriend of Brian Jones, one of the original members of The Rolling Stones, who was forced out of the band in 1969. Shortly afterward, he was found dead in his swimming pool.

The party was never ending, the doors were always open to visitors, some famous, other less… Soon the house started to look like a trashed hotel suite and half of the furniture was gone.

One story claims that in September of ‘71, members of the Corican drug gang, supplying the villa that whole summer, walked in and stole nine of Richard’s guitars, Bobby Keys saxophone and Bill Wyman’s bass in broad daylight while the band was watching a TV in the sitting room. They were owed money, so they took the instruments, knowing their high value.

There is vast footage of those six months by Dominique Tarlé, a photographer invited to stay in the villa by The Stones. One of his memories of the time was finding a box in the basement  with a big swastika on it, full of old morphine injections. Worried that Keith would discover it, the band threw it into the sea that night.

The rebels left the French Riviera in November 1971, Keith and Anita never returned to the house but kept on paying rent for an empty mansion presumably until it was raided by police in 1973. Three young Frenchmen, who police said provided 50 grams of heroin to the Stones and their entourage each week during the summer, showed up at a hearing in Nice to tell their stories. Keith and Anita got suspended sentences, in their absence, for using and trafficking in drugs.

After all these years the Rolling Stones drama is old news and rock stars doing drugs hardly shocks us anymore. But one has to admit that the opiated ambience of Nellcôte seems to perfectly suit the ‘Exile’s dark aura. Its beat-up, bottomed-out lyrics border with the edge of desperation, distraction yet are full of boldness and smart, sexy menace. Definitely the most storied album of The Stones, it originally received mixed reviews. Since then some critics have called ‘Exile on Main St.’ the Rolling Stones’ best work, and it has been ranked on various lists as one of the greatest albums of all time.

In 2006 , Villa Nellcôte was bought by a wealthy Russian for 128 million dollars (and he does not give a damn about The Rolling Stones fans). Stephen Kijak, a director of the documentary ‘Stones in Exile’ asked the owners for permission to film the property. He was refused…

Today, on the the one of the most prestigious addresses on French Riviera, the massive black iron gate remains closed and only the privileged know what is going on behind it.

Take SNCF train to Villefranche sur Mer. From the train station walk down to the public beach and follow it almost to its end, until you reach the steps (public showers and toilets are located right at the bottom). The steps will lead you to a small road and once you see the big iron gate on the picture below, you know you reached the Villa Nellcôte. The exact address is 10 Avenue Louise Bordes, 06230 Villefranche-sur-Mer.