Did you know that only two World Wars have ever stopped the Tour de France?

The 2020 Tour de France route was officially disclosed in October 2019 but earlier this year it had become quite clear that the race won’t take place on its original date of June 27th to July 19th. Cycling fans will have to wait longer than usual to see the 107th edition of the world’s most popular bike race in action. Should the pandemic restrictions allow, it will go ahead from August 29th to September 20th 2020. And the great news is that it will be the 2nd time Nice welcomes the ‘Grand Dépar’t, having previously seen the race off in 1981. It is the 4th Grand Départ on French soil in the last decade. In 2021 the Tour will start in Copenhagen.

For the French, ‘La Grande Boucle’ is a national celebration and it is a great honour for towns and cities to be chosen as a host venue. The atmosphere is buzzing, every year hundreds of thousands of spectators line the streets of every town, village, crossroad and roadside to see the peloton roll by.

The decision to host the first two stages of the Tour in the area comes as no surprise, given the ideal geography. Naturally, when you think of Nice, you think of the sea and the flat coastline first but let’s not forget that the city is located at the foot of the Alps and close to all France’s mountain ranges. A familiar stomping ground to some of the pros that made this place their permanent residence and training playground all year round. We will definitely see all the 2020 World Tour Teams, however it is still unclear how many teams that will be.

What is clear is that defending champion Egan Bernal will be back alongside 2018 winner Geraint Thomas and that Peter Sagan is going to try his luck to win an eight green jersey having taken a record seventh in 2019. 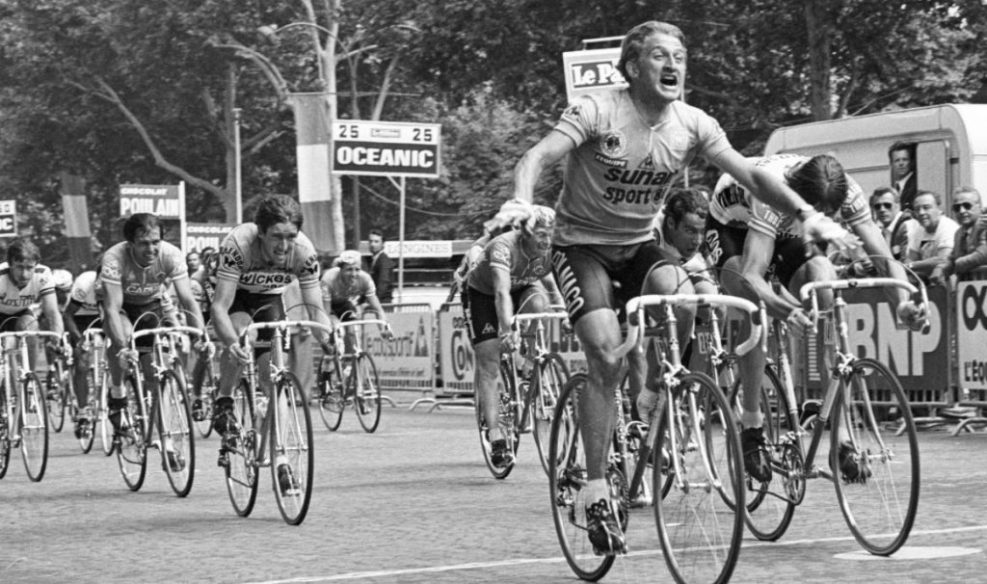 The weekend kicks off with a 170 km three circuit ride into the Var valley (50 km loop to be ridden twice and 70 km twice).  Although stage 1 is a more straightforward affair where a sprinter is expected to pull on the first maillot jaune (yellow jersey) of the race in the finish on the Promenade des Anglais, there will be four tough climbs scattered along the way.

Things intensify massively on the 190 km of stage 2 with a very mountainous schedule (close to 3 700 m of accumulated elevation). For the successful sprinters from the previous day, the struggle might start as soon as they reach the climb up to the Col de la Colmiane, followed by the Col de Turini and Col d’Eze. In the final 17 km loop, the most difficult part of the climb will be up to the Col des Quatre Chemins – just 9 km from the finish, again on the Promenade. A savage contest of climbers!

29th August 2020 – It will be the women who kick-off the 107th edition of the Tour as they take on La Course by le Tour de France avec FDJ, on the same route as the first stage of the men’s Tour de France. The famous women’s event was originally going to take place on the Champs-Elysées.

Update: The French government says no mass gatherings can take place before September, but has clarified that the Tour could still go ahead on its new dates if the opening stages are managed correctly.

So where do you go and watch Tour de France if you are lucky enough to be here?

Mountain routes are in general more difficult to get to than flat stages / town stages.

Once you decide where you would like to watch the peloton from, make sure to arrive at least 2 hours before, as the roads will be closed and policed by the local police and volunteer marshals.

If you are planning to get to the particular stage by your own bike, it is wise to ride the route the day before to familiarise yourself with the location and time needed to reach it.

Bring as much water with you as possible and perhaps pack some snacks as well. Keep an eye on the weather forecast to make sure you are prepared for sunshine / rain.

The specific information on road closures are usually confirmed as late as the week before or even a day or two before the Tour. Tourist Information is always a good source of the best and latest information. We will keep you updated with any new announcements.

An Irish phrase, "Ain't she lovely" Our newest pro

Today we welcomed our first guest to a new (but ol

Five year's later we remember all names! Let's not

Agh @villefranchesurmer good morning to you my goo

"I saw the crescent You saw the whole of the moon!

Sunday morning security check on one of our client

A chilly morning but the suns coming out and the c

Fancy coming to Nice for the Tour de France? We st

Saint Jean Cap Ferrat Peninsula one of the most be

Following confinement one seeks light the other sh

75 years ago today, the plight of the French Resis