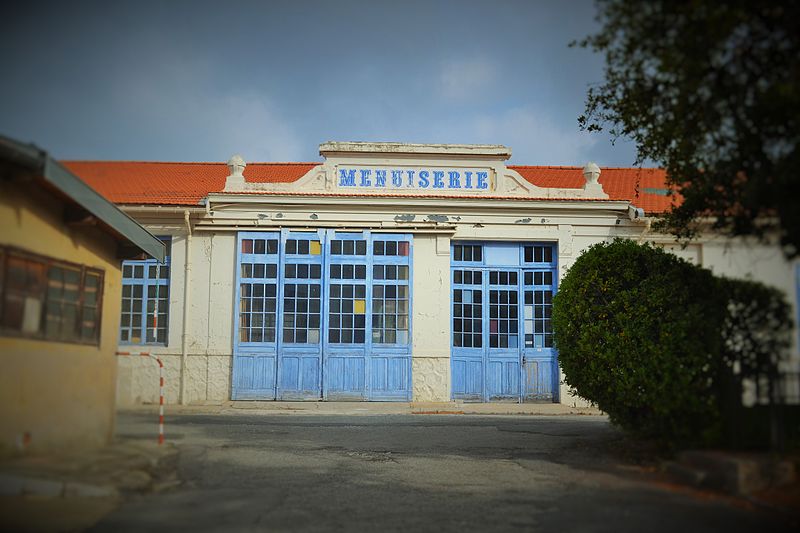 Not many people are aware of Victorine Studios, that are located just about 10 minutes from Nice airport in the Saint Augustine area, precisely on 16 Avenue Edouard Grinda, 06200 Nice. It spreads across 7 acres of 10 sets of 64,314 square feet.

The idea of Hollywood studios ‘à la French style’ sparked in the heads of Serge Sandburg and Louis Nalpas. They recognised the demand for filming on the French Riviera and started development works in 1919. However, in 1921 Nalpas sold his shares to Sandburg and left Nice and two years later Sandburg was forced to sell up due to the lack of funds and poor management. All this without producing a single movie.

The helping hand came in 1924 from a very talented Irish director and producer Rex Ingram, who was funded by Metro Goldwyn Mayer. He leased the studios while making ‘Mare Nostrum’ (released in 1926). His reasoning to MGM was, that the extras would cost only a dollar a day per person in France comparing to $5 in America, which seemed a perfect scenario. It was he who renovated and turned the Victorine into the most prestigious studios of the era of silent movies in France. He supplied the studios with the most recent equipment, a generator providing constant supply of electricity, built a 25m swimming pool and a new projection room. Ingram, himself resided in a villa on the grounds of Victorine. Unfortunately, with all the renovation costs he went way over the budget.

During his time in Nice, he directed two more significant silent movies – The Magician (1926) and The Garden of Allah (1927). However, Ingram left three years later, as he could no longer handle his two careers as a director and studio director, plus his big plans to attract big Hollywood productions to the South of France failed. Later he split from MGM.

The studios were once again changing hands.

In 1930, sound recording equipment ordered from the US was installed. The arrival of the sound cinema resulted in a disappearance of the other studios in the area, leaving the Victorine studios almost alone on the movie scene with only one other remaining studio in Saint Laurent du Var which were later destroyed by bombing in 1949.

During the WWII,  220 films were made by national production, out of which 20 were shot in the Victorine.

One of the best French movies ever shot was filmed here under extremely difficult conditions during the Second World War – ‘Les Enfants du Paradis’ (directed by Marcel Carné). Film critic Pauline Kael wrote that, allegedly, “the starving extras made away with some of the banquets before they could be photographed”. Many of the 1,800 extras were Resistance agents using the film as daytime cover until the Libération.

Despite the high maintenance, three major fires, constant change of ownership and World War II, when Nice as the rest of France was under the Natzi occupation, the studios managed to survive.

The golden era of Riviera cinematography was between 1946 and the 1970’s when famous French and international directors were loving its glamour and natural assets – the beauty and diversity of the land, the predictable Mediterranean climate, unique luminosity and quality of the air. To mention only few masterpieces that came out of the studios in those years were Christian Jacque’s ‘Fanfan la Tulipe’ (1952) with Gina Lollobrigida, Alfred Hitchcock’s ‘To catch a thief’ (1955) starring Grace Kelly and Cary Grant, Roger Vadim’s ‘And God created Woman’ (1956) with a star shooting debut of Brigitte Bardot and Peter Ustinov’s ‘Lady L’ (1965) featuring Sophia Loren and Paul Newman.

The years between 1975 and 1983 were far from splendid. This era was marked by the flagrant reign of Nice’s mayor Jacques Médecin. He was notorious for his blatant corruption and thanks to his strong influence he was able to get his friends into the positions as the studio’s bosses. They often pocketed profits without reinvesting a single penny. On their way out they even had the guts to break the equipment and cut the cables.

The place was in such a bad shape that when filming James Bond ‘Never Say Never Again’ in 1982, the production threatened to leave if the cigarette stained production room (from the decades of smoking) wasn’t immediately cleaned. The unkept grounds made it hard to move the equipment around, a disaster altogether.

Michael Douglas and his brother Joel, rented the pavilion of La Victorine and a large part of the Studios in the mid-1980s turning it, as did their predecessor Rex Ingram, into an American production centre. They produced two consequential movies here, ‘The Jewel of the Nile’ (1985) starring Michael Douglas and ‘Under The Cherry Moon’ (1986) directed by and starred in by Prince. The brothers left, heading back to Hollywood several years later, failing to attract american film industry to Côte d’Azur (the rumour has it that Michael barely showed up and Joel was too busy playing pinball all day).

In 1999, the Euro Media Group, a Parisian television and film company, took charge of the Studios, and renamed them to “Studios Riviera”.  About 24 films have been shot or partially shot in the studios, including Rowan Atkinson’s Mr. Bean’s Holiday (2007). On top of that they were used for producing about fifty commercials a year, including big brand names.

The Rebirth of the Studios

In November 2017, the municipality of Nice reacquired the management of the mythic cinema studios La Victorine with the support of the now mayor Christian Estrosi.

The mayor believes that the previous management “did not know how to enhance the potential of these studios”, asking that a new strategy is put in place. In a partnership with Provence Studios in Martigues (near Marseille) they are hoping to create the largest cinema centre in France. Urgent modernisation works are planned from the beginning of 2019 in order to relaunch the Victorine Studios in a more dynamic way. The venue could then be reopened for filming and also to the public.

As part of the restoration plans, the Rex Ingram Villa would be transformed into a Museum dedicated to the history of La Victorine, showcasing the old sets and machinery used back in the day.

See the studios as they are today:

As for today, ‘Le Petit Hollywood de la Côte d’Azur’ is celebrating its 100  year anniversary. Let’s hope it is a good one, full of prosperity, magic and good fortune.

This year the world famous Nice Carnival has adopted the theme ‘King of Cinema’, to celebrate the 100th anniversary of the Victorine Film Studios. Read all about the 2019 Carnival here

Want to know more about the studios, watch the documentary made to celebrate 90 years of the studio. Trailer here and link to watch whole documentary.